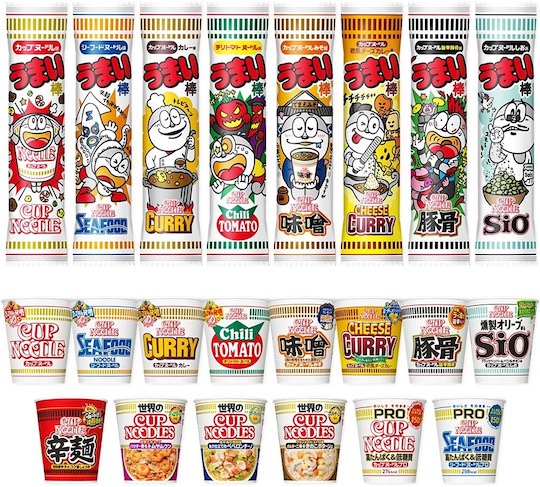 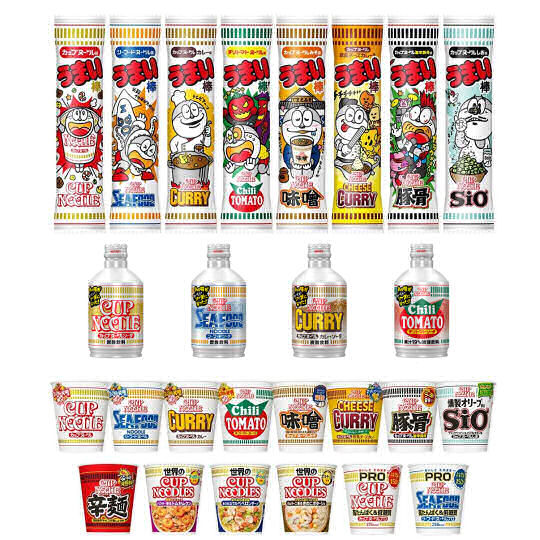 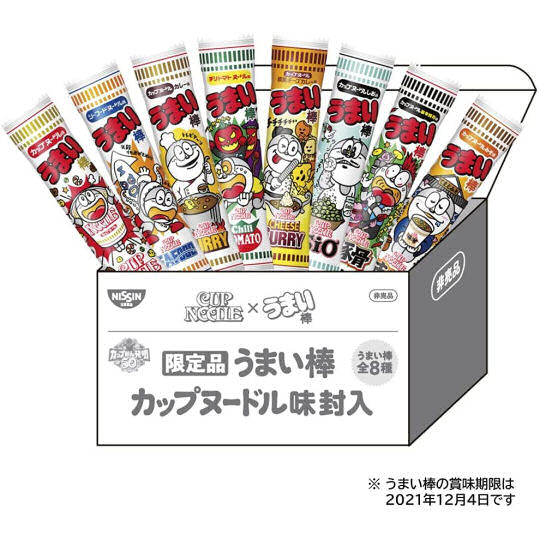 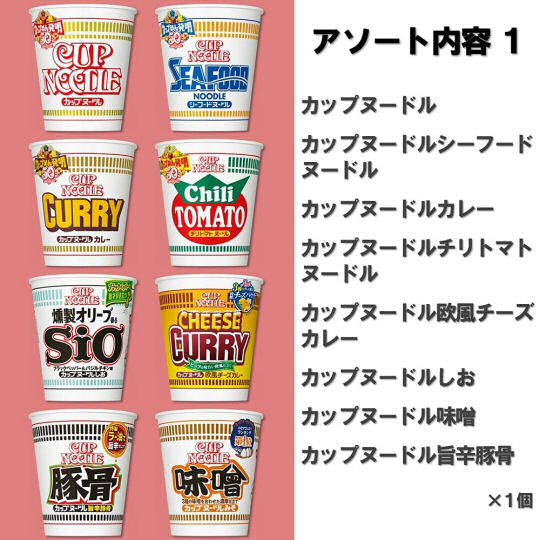 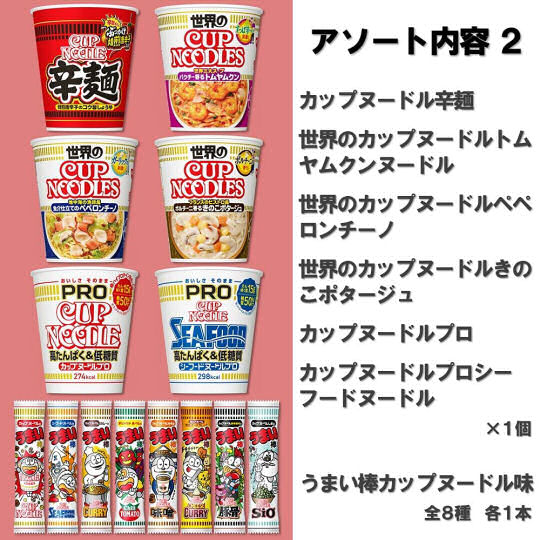 Nissin Foods
This product is currently sold out, but please enjoy browsing our other great and innovative items HERE

Umaibo puffed corn bars are among the most popular snacks among Japanese children both because of their very low price (about 10 yen or 9 US cents each) and the amazing variety they come in. Their popularity and versatility were the reason Nissin decided to include them in its Nissin 50th Anniversary Cup Noodle Umaibo Snacks Set, which celebrates the fiftieth birthday of its flagship product, the Cup Noodles instant ramen. In the box, you get 8 custom-made Umaibo flavored after the most famous Cup Noodles: Plain, Seafood, Curry, Chili Tomato, Tonkotsu, Miso, Cheese Curry, and Shio.

But there's more! You also get a full Cup Noodles sampler: nine cups of Cup Noodles with all the above flavors plus the extra spicy Karamen, 3 Cups Noodles of World flavors (Thai Tom Yum, Italian Peperoncino and French Mushroom Potage), and one each of two Cup Noodles Pro (the healthier version of instant noodles, with 15% more protein and 22% less calories). Are you up to the challenge?

Shipping weight: 2.5Kg / 5.5lbs
Other products in this category